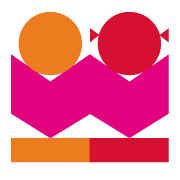 the Bologna Children’s Book Fair invites you to participate in the next Bologna Illustrators Exhibition, which will be held from Monday 4 to Thursday 7 April 2016.

The Illustrators Exhibition provides a unique opportunity of presenting and promoting your own works to the most representative figures of the children’s publishing sector, thanks to the concurrent Fair, the world’s most important event in this field.

The publication of the selected works on the Illustrators Annual distributed worldwide as well as the travelling itinerary of the Exhibition to several Japanese art museums (in co-operation with JBBY) and other venues increase the visibility of all participating artists.

Read the contest rules and download the entry form.

Judging will be done by an international panel of art school teachers, museum curators and children’s book publishers.

Besides, all young selected illustrators (under the age of 35) will take part in the Bologna Children’s Book Fair – SM Fundación International Award for Illustration. This annual award, founded in 2009, aims to promote and support new talents in the world of illustration and consists in the amount of 30,000 dollars.

The young illustrators under 30 years of age, already selected for the 2014 Illustrators Exhibition, but who have not yet published their first book are also offered the possibility to win the ARS IN FABULA Grant Award established in 2012 by fabbricadelleFavole and the Macerata Academy of Fine Arts, active in the field of higher education and the promotion of children’s books, in collaboration with Bologna Children’s Book Fair.

We are counting on your participation and look forward to receiving your artwork!